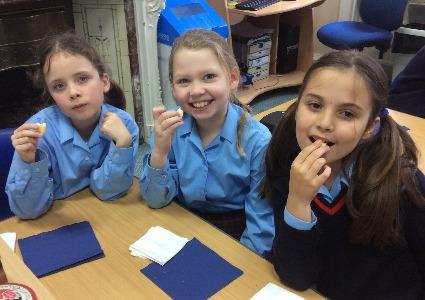 This week Y4 pupils were able to try some French cheeses in their French lessons. The pupils were given five different cheeses, ranging from Brie, Comté, chèvre, fromage bleu and Boursin, to savour with crackers. They had to say “Oui, s’il vous plait” and “Merci” and if they liked them or not in French, as they had been taught opinions beforehand. Some pupils were more daring than others, especially with the chèvre, but everybody enjoyed the experience!