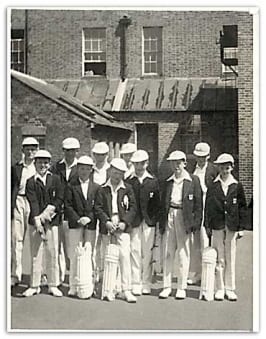 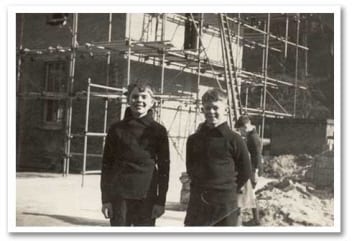 This is 1950 or 51 when the Raleigh was extended over the Victoria.

As you look at the picture R S Ward is on the left and A R C Lane on the right. 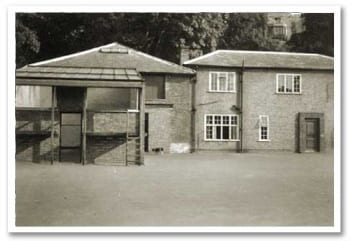 The Playground in the late 1940s 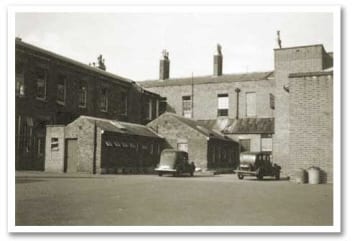 And another view from the same period 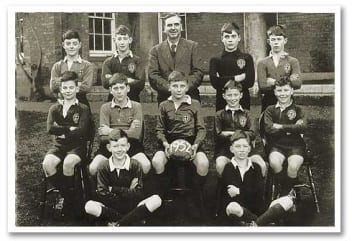 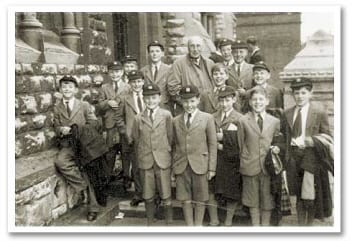 This is a picture of the Choir in 1951 in Cheltenham when we performed in the Festival. On Doc H’s right is David Brook with Martin Fisher next to him. On his left Anthony Davis with Richard Latham behind them. In front of him is Robert Ward with Allan McDowell on my left. Front row from the right as you look at the picture David Houston, Tom Blower, Peter Denny, Andy McCullough and Ian McIntyre. 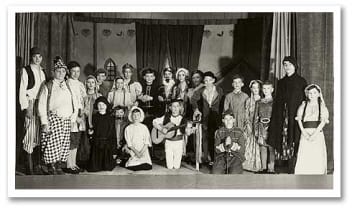 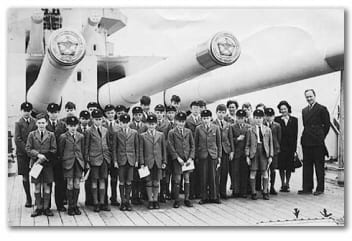 David Brook writes… I attach a high quality scan (I hope) of the school visit to the George V and the US Valley Forge. (I can still remember seeing white bread for the first time being sliced on the American boat.) I think we are on the former. On the back of the photo I have written “about 1948”, but this was done several years later.

I suspect the photographer was Mr Griffiths who was, I seem to recall, a Naval Chaplain, and had organised the visit. (Somehow I acquired, possibly on a “quissing” Sunday, two photos taken by him during the 1944 D-day landings. Not much to see actually.)